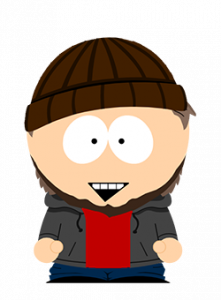 Let’s not mistake B.A. for that legendary small screen literary hero from the 1980s because he doesn’t need our pity. And unlike B.A., B.A. thinks he’s big but he’s not. He also thinks he’s funny, but we will have to ask the late-night crowd at Pioneer Place to validate this.

Frankly, you just can’t walk up on stage with a beanie, say a few jokes, and expect to have a skit show on Comedy Central. Frankly Part 2: Jokes about the DMV died in with Corey Haim. We think B.A. finally learned this because these days you can find him hiding behind his DM screen.