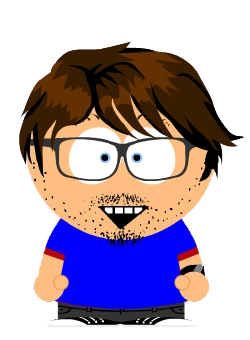 Bear has a commanding voice and while it scares most children, people often ask him to quoth the Raven. That does not happen anymore as last year he quoted the Raven and it died from the stench from his other oratory apparatus.

He has been known to work out his body and the results have caught many a peoples eye; but as mentioned above it has had horrible side effects.

Bear’s voice has been used as a force for good, casting an authoritative shadow over many a Goat Posse Production. He is also a notable celebrity at places like the Blue Oyster and in certain publications that cater to folicle-based relational subcultures.