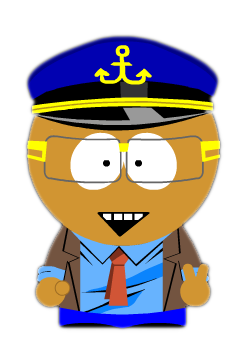 Meet Captain F, creator of the angry yank and middle aged man run. A former lounge singer and a legend in his own mind, he ranks right up there with many other famous captains: Captain James T. Kirk, Captain and Tennille, Captain Kangaroo, and Captain Crunch – just to name a few.

Captain F. likes to re-enact film scenes with strange men, most notably the hotel bed scene from “Planes, Trains, and Automobiles”. A disciple of lotion, he enjoys applying it all hours of the night while talking like Andy Rooney.

Other interests of Captain F’s include dancing like a maniac to Hamster music at the Carpet, doing the angry yank, and hearing success stories of snowmen deliveries in Buicks; but only Buicks he respects. He is a connoisseur of words and of all things trivial, including his own equine fetishes.