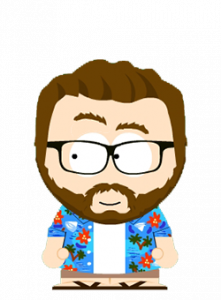 Oates, it kind of makes you feel hungry, but he’s not that yummy. Unless, you like a man with sweet collection of short-sleeve button-down shirts featuring meth-inspired patterns.

Unless, you like a man who mumbles Papua New Guinea often, which cannot be explained.

Oates may be very helpful to anyone who asks, but he could use a little Nancy Reagan in his life. But his altruism makes him all the more frustrating as he rarely finishes ANY project. His “resume watching” Netflix list displays repeated entries of S01 E01.

But he won’t tell you any of this which explains why he was recently inducted into the Minnesota Hall of Fame for Passive/Aggressive Interpersonal Relations.

So, before you salivate over Oates, just know you’ll need lots of honey to make him yummy.