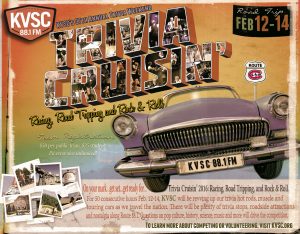 2016 brought a nice mix of original productions featuring a new crop of contributing writers and producers.

The year begins with a dramatic reading of Drake’s “Hotline Bling”. Produced by Piss Boy, he and Bear act out a mis-dial gone horribly wrong. One person is in love, the other in sheer horror and then frustration.

By this year, Jim Gray was inducted into The Goat Posse as Number 2. To celebrate his Jim-ness, Drrty A wrote a car ad that plays to Number 2’s Pontiac fetish. Pissboy and FoP Casey add some production assistance.