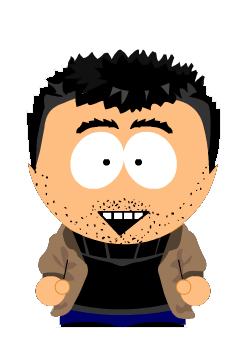 Dude hails from Minnesota, (we think). He was once a famous shepherd, but was soon “not scheduled anymore” after repeatedly going AWOL with a couple of sheep. Dude was also once part of the musical trio “Frankenstein, Tonto, and Tarzan – Live on Tour”, but gave it all up for Trivia. He’s still a little sore, but we know he’ll get over it.

A close friend and admirer of Bert and Ernie, Dude is well known for his use of clever phone bank pseudonyms. Recently absent due to regrouping and remounting the tour with Tarzan and Tonto, Dude is still seen as an important asset in the artistic aspect of Goat Posse Productions, and also proves very useful in his capacity as walking dictionary…urban dictionary, that is.

In his spare time, Dude likes to go clubbing (and we don’t mean baby seals). His favorite dance move is pulling his shirt over his head, grabbing a railing and dancing bent over while another person dances at his backside.