The Voice of Corn 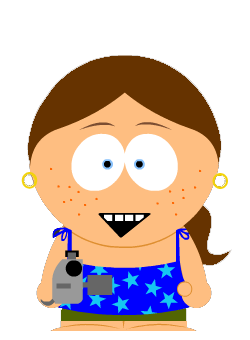 Fluffer joined up with the in-studio Posse for a couple years before taking her talents interstate. The people of the state she currently resides often wonder what her original dialect is. Fluffer shares her talents with call-in challenges and production bits, and offers solid support for Real Men of Trivia.

It is rumored she occasionally stalks people who acted in horror movies just to see their faces when they think they’re about to be killed. This may explain her fascination with film making.

Often times, Fluffer is a little attention deficit. (Hey! Did we mention she is a former member of the ASPCA?) This becomes apparent when she forgets to turn on her computer or answer her phone. We sincerely hope Fluffer makes her return to the studio soon, perhaps to document the Posse’s efforts on film. Fluffer is an important member of the Posse, largely due to her skills at keeping the other Posse members UP for taking calls in the WEE hours of Trivia weekend.