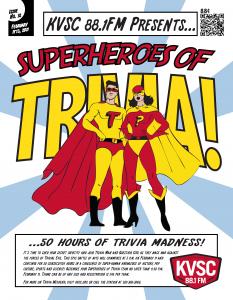 The Goat Posse effort in 2011 was one of quality over quantity which is not to make excuses, but we took what we could get. Frankly, the Challenge Line was dying on the vine, but that opened up long stretches of time to work on original productions.

The Intro took a toll early on due to a last minute course correction (see Intro description for more detail). But the Posse soon found its hooves with a creative re-imagining of Lonely Island’s “I Just Had Sex”. An all-night effort ensued to produce “I Just Had Corn” with contributions by both Posse members and nearby talent including Aaron, who would be named the “Rhyminister” in 2012 in-part for his efforts on the track.

Probationary members Drrrty A, Rhyminister, and Mistress Carly would contribute greatly to many of the productions, serving not only as talent but as producers.